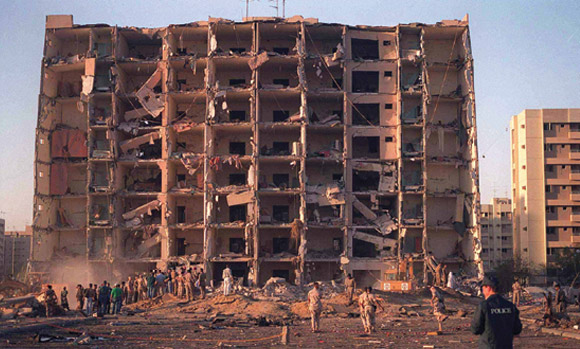 Open, sprawling university campuses create a pleasant environment for those who work or study on the grounds. At the same time, these spaces require careful oversight by campus administrators to offset the number of potential safety issues they create.

Campus safety and security may be threatened by any number of natural and manmade disasters, such as fires, floods, chemical accidents, violent storms, earthquakes or malicious intruders. Although these incidents are rare, they can be absolutely devastating if the school is not sufficiently prepared for these emergency scenarios. As the federal government’s emergency preparedness website  states, “Institutions are encouraged to regularly review, update and exercise their emergency plans.”

How Mass Notification Has Evolved

Mass notification has military roots, having been created by the U.S. Department of Defense (DoD) as part of a Unified Facilities Criteria (UFC) 4-021-01 document. The UFC sets guidelines for the design, operation and maintenance of these systems, which are required on all DoD and U.S. military properties. The most basic mass notification technology dates back to air raid sirens used during World War II; these early solutions could make only one loud sound to indicate some kind of imminent danger.

The impetus for creating more-flexible MNS solutions was a deadly terrorist attack on Iraq’s Khobar Towers, a facility that housed thousands of U.S. and allied troops during the first Iraq War. A group of terrorists drove a gasoline truck filled with explosives near the complex and left it to detonate. Rooftop lookouts spotted the truck and quickly identified it as a bomb, but they were forced to go door-to-door to warn residents, as they had no way to warn the entire building all at once. The attack resulted in 19 deaths and hundreds of serious injuries.

In a report issued about the attack, Secretary of Defense William Cohen used the term mass notification, coining a new phrase. “Mass notification system” is called out in the UFC document and therefore a phrase used most often when referring to DoD facilities, such as military bases. The same technology implemented on commercial properties, such as K-12 and university/college campuses is commonly known as an “emergency communications system”.

The UFC now defines mass notification as “the capability to provide real-time information to all building occupants or personnel in the immediate vicinity of a building during emergency situations. To reduce the risk of mass casualties, there must be a timely means to notify building occupants of threats and what should be done in response to those threats. Prerecorded and live-voice emergency messages are required by this UFC to provide this capability.”

Recognizing that widespread threats could endanger non-military targets, fire alarm manufacturers began building voice communications into their products. The early versions of ECS solutions typically allowed for only one recorded message that played everywhere in a facility.

Today, best-in-class ECS solutions combine fire alarm and mass notification features and are flexible, with the ability to play different messages to different parts of a facility and campus in real time to deliver more targeted and specific warnings to those in danger.

Numerous ECS solutions have hit the market over the past decade, creating a crowded marketplace and making it more difficult for institutions to identify what product is best-suited to their needs. A number of factors will impact which system a school will choose to deploy; before any other considerations are made, however, these institutions must identify which safety codes and specifications are required by law.

What Safety Codes Say about ECS

Recent events such as the Virginia Tech attack and severe weather incidents like Superstorm Sandy—which battered colleges  up and down the east coast—have raised awareness of ECS for non-military properties. The National Fire Protection Association (NFPA) recommends that institutions utilize a fire alarm system as the backbone of an ECS, with other critical features baked into the product. The standards for fire alarm and ECS performance, installation, testing and maintenance are outlined in Chapter 24 of the NFPA 72: National Fire Alarm & Signaling Code .

To serve as more than a common fire alarm voice evacuation system to communicate on other threats beyond fire, the NFPA states “security personnel should be able to effect message initiation over the MNS from either a central control station or alternate (backup) control station. Where clusters of facilities exist, one or more regional control stations might also exercise control.” The code requires that the MNS should offer a “dynamic library of scripted responses to various emergency events that would be easily customizable to meet the needs of the individual customer.”

Modern codes also specify that organizations should take a multifaceted approach to ECS, which means leveraging features like indoor voice, outdoor voice, distributed recipient mass notification and LED signage, with the goal of quickly reaching as many people as possible. To service this need, distributed local operator consoles (LOCs), are typically tied to the fire alarm/ECS network and placed throughout a facility or campus to provide authorized users a faster means for initiating:

“Text messages are effective because they pop up as notifications on devices that are tough to miss” says NOTIFIER Product Manager Dan Corbett. “Social media is a good tool too, considering the common use of smartphones by students and staff. However, cell service can be overwhelmed because the network is flooded with emergency calls. And if you’re talking about the younger generation, they may be more apt to see a text message or look at Twitter than to open an email,” says Corbett.

Corbett added that devices like LED signage, social media and text messaging are also effective in loud areas—like sports or music arenas—where hearing an audio message may be difficult. Giant outdoor voice—designed to cover large geographic areas outside of buildings, may also be effective, based on the size of the complex.

Aside from UFC and NFPA regulations, other codes and standards for ECS solutions that should be considered are:

As Corbett explains, when taken together, meeting all of these codes is extremely difficult without a solution offering a wide range of features and robust flexibility.

“There are basic elements of an ECS that are mandated by code, beginning with system survivability, which means it remains operational if a portion of the system goes down,” he explained. “An ECS must be consistently tested and maintained to standards and it must be supervised, which means that if any component of the system goes down or is tampered with, a central monitoring station is alerted immediately. System back-up power is also required. Lastly, ECS messages must be intelligible, meaning the communications must be able to be heard and clearly understood.

Once the college or university understands the codes it must adhere to, the institution should focus on conducting a risk analysis. Evaluating risk ensures the school’s resources are properly allocated and the most effective ECS solution(s) is chosen, giving the institution the best chance possible to protect itself against serious threats.

Risk Analysis: Where to Start

The first step in completing a risk analysis is to gather all relevant stakeholders. For most campuses this group would include:

Once those team members are assembled, they must begin working together to identify the most relevant threats to that particular campus. For instance, institutions in parts of the mid-west would likely look to mitigate risk from tornadoes, while any school with a chemical plant in close proximity to the campus should focus on from hazardous material threats and fire safety.

“You come up with a list of threats, prioritize them and then determine on which ones you should focus, mitigating risk based on your budget,” explains Corbett. “Fire is usually near the top of the list. Other risks would be things like severe weather, security breaches, incidents involving potentially hazardous material and natural disasters.”

In the wake of some high-profile security breaches, many institutions are focused on ensuring that facilities are better guarded against individuals who are not supposed to have access. Making unauthorized access more difficult by reinforcing windows or implementing a key card system is certainly a good step—but it does not go far enough in mitigating risk.

“It’s great to try to harden the buildings to keep ‘bad guys’ out, but the question is what are you going to do when those measures fail? How do you let people know when a situation is changing or evolving?” says Corbett. “Having a multi-facetted system allows you to change your message as the situation changes to deliver the right message to the right people at the right time.”

The risk analysis should enable the campus to prevent, mitigate, and prepare emergency response and recovery plans for identified emergencies that could significantly impact people, property, operations, the environment or its facilities. Consequently, the risk analysis should establish the specifics of how the ECS should operate, be designed, installed and tested.

The risk analysis should identify and prioritize the likely scenarios in which an ECS would be deployed. It should also identify the appropriate management plans and procedures to implement an ECS, along with the best methods for using it to communicate with the intended campus occupants.

Ultimately, once the risk analysis has been crafted and agreed upon by all stakeholders, the institution will be ready to make a decision regarding implementation of an ECS.

Why a Fire Alarm System Makes Sense for ECS

In recent years, a number of public address (PA) players have moved into the ECS space. Many of these solutions offer communications capabilities similar to fire alarm voice evacuation systems and ECS, but lack code-mandated features, such as backup power , intelligibility , survivability , supervision , and consistent testing and maintenance .

These important features are requirements for the Underwriter’s Laboratories’ (ANSI/UL) 2572 Standard for Control and Communications Units of Mass Notification Systems. This standard mandates equipment testing and performance benchmarks for emergency communication systems, and the solutions produced by many fire alarm/life safety systems manufacturers are listed to this significant standard. However, public address and other similar systems cannot meet the stringent requirements of ANSI/UL 2572 and therefore, are not listed to the standard.

For these reasons, many of the aforementioned codes suggest a layered approach using a combined fire alarm and ECS approach along with an integrated distributed recipient notification system. This is believed to be highly effective for reaching the largest number of occupants. An integrated approach also helps to speed the delivery of messages while simplifying the use of an ECS, as opposed to utilizing disparate systems.

Lastly, fire alarm system manufacturers, dealers, integrators and installers work within a tightly regulated industry that was the first to create requirements for the design and installation of ECS for commercial properties. As such, many possess ECS “know-how” that other players in the ECS space cannot match. These individuals have a strong understanding of the relevant codes, technologies and performance-based design.

The marriage of ECS and fire alarm control systems is a growing trend that will reach numerous new sectors over the next five years. In fact, a recent study  from market research firm MicroMarketMonitor estimates that the North American ECS/MNS market will reach $3.45 billion by 2019, up from just $1.77 billion in 2014.